1991...The Eastern Women's Committee of Fifty accepts a three-year commitment to help raise funds for the East End Memorial Foundation to benefit the MCE Cancer Treatment Center. First event to be held in the spring of 1991.

May 1991...The Night of Entertainment with Crystal Gayle at the Boutwell Auditorium. The first event of the three-year program for the MCS Cancer Treatment Center. $128,000.00 was raised.

April 1992...Third annual High School Art Contest and Show. Held in the library at Jefferson State College with awards for winners of competition and increased participation by area schools.

May 1992...Oncology Gala with Lee Greenwood at the Boutwell Auditorium. The second event of the three-year commitment to the Medical Center East Cancer Treatment Center. We were credited with raising $25,000.

November 1992...The Eastern Women's Committee of Fifty sponsored the complete renovation of the sitting room at the Shepherd Center.

Tree Lighting at the Center Point Courthouse. The fourth year for this event with more lights added each year.

March 1993...Chalkville Project - The EWCF contributed $2,230 in cash and $1,729.50 in merchandise to Alabama Youth Services--Chalkville Campus. We won 1st place from the Council of Clubs for our projects with the Chalkville Girls School.

May 1993...The EWCF participated in the fourth Gala to benefit the Cancer Treatment Center at Medical Center East. We were credited with raising $33,000 for this event.

October 1993...Bazaar at Center Point Civitan Park expanded to include craft spaces and resulted in revenue of $2,081.32. $2000 was given to Jefferson State's Drama Department.

We contributed money to build an indoor or outdoor play area at Family Court.

May 1994...Lorrie Morgan entertained at the fifth Gala to support the Cancer Treatment Center at Medical Center East. A silent auction was added this year and produced revenues of over $13,000. EWCF has now contributed over $125,000 to this cause.

November 1994...Christmas Tree Lighting moved to Medical Center East where guests attended a reception and were entertained by "The Harmony Express".

May 1995...Gala at Boutwell Auditorium to benefit the Oncology Center at Medical Center East generated revenues of $35,000. This included a silent auction which made $16,020.85 for this charity. 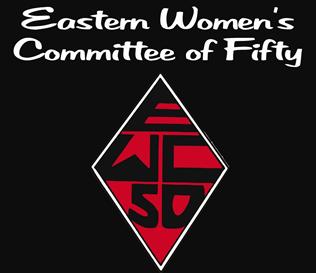 May 1986 ...Served as hostesses for Annual Kenny Morgan Memorial weekend.

October 1986...Nominated a candidate (Martha Gaskins) for the Annual Women of the year, sponsored by the Birmingham Business and Professional Women's Club.

November 1986...Met with Mayor Richard Arrington to inform him of our goals and desires for the Eastern Community. Through this Association, we were able to have a part in the cleanup of the Roebuck Plaza area.

February 1987..Hosted Dialogue Days Breakfast at Jefferson State Junior College which was the kickoff for Annual Festival of Arts.

March 1987...Held the Silk Tie and Lace Race Dinner Party at the Birmingham Turf Club with 400 in attendance. This was proclaimed the largest turnout of the Eastern Area dignitaries ever. $4,575.00 was raised and distributed to three charities.

April 1987...Worked with Huffman Spirit Day Group and organized the talent presentation for the day-long event, including the appearance of Miss Alabama.

The Junior Committee of Fifty was organized and will assist our club in future projects. the Junior Club will have a limit of fifty members, ages 21 to 37.

June 1987...Worked with Medical Centr East and the Huffman Community Association on the first annual POPS in the Park Concert held at the Medical Center East facility. Over 1,000 in attendance; we served as hostesses and sold box dinners. Money received was divided among three charities, Liz Moore Low Vision, Jefferson State Community College and the Shepherd Center. A donation was also made to the Symphony.

April 1988...Eastern Goes Western Party. The function was at the Carraway-Davies House; attendance was over 300. The monies were divided between our three charities. Liz Moore Low Vision, Jefferson State Community College and The Shepherd Center.

May 1988...Hostesses for Decorator Show House. Served as Co-Hosts for the Second Annual POPS in the Park Concert at Medical Center East.

October 1988...Liz Moore was selected to represent our club for Woman of the Year, sponsored by the Birmingham Business and Professional Women's Club.

November 1988...The First Annual Christmas Tree Lighting was held at the Jefferson County Auxiliary Courthouse. Commissioner Jim Gunter turned on the tree lights; members of the Center Point Chamber of Commerce and representatives from the Eastern section of town were present.

May 1989...First Annual Las Vegas Night - We raised $4800.00 for our three charities. Fun provided for a good cause at Grayson Valley Country Club. Huffman Middle School celebrates a Drug Free Year. We presented a large trophy to honor the event and provided hamburgers for Faculty and Student Body. ($3600.00 value)

September 1989...East End Memorial Foundation assisted by the Eastern Women's Committee of Fifty presented a fund-raiser GALA at the Club. The Warblers provided the entertainment for this two-evening event. Raised $16,155.00 which was divided equally to Liz Moore Low Vision, Jefferson State & The Shepherd Center.  A Great Success!

Liz Moore, Eastern Women's Committee of Fifty nominee, is selected Birmingham Woman of the Year for 1989 by the Birmingham Business and Professional Women's Club.

January 1990...Eastern Area Chamber of Commerce Best Citizen Award. Our group nominated Dr. Anthony Bedsole. Albert Morton, husband Jo Anne, was the winner. We are pleased to be associated with both of these fine gentlemen!

May 1990...Second Annual Las Vegas Night - Grayson Valley Country Club. Good entertainment and a big success with a profit of $5079.88.

Second Drug Free Year for Huffman Middle School. We presented a trophy and provided hamburgers for Faculty and Student Body. ($360.00)