March 2008 ... As partners, the Jefferson State Community College and EWCF honored an outstanding woman of Greater Birmingham, Alabama. This year's recipient of The Women's Archives Award was Mrs. Betty Henderson, wife of the Mayor of Center Point.

April 2008 ... The Annual High School Art Show was held at the Jefferson State Community College Library. Students from five of the seven eastern area high schools participated in this prestigious competition. Ann Fulmer gave an outstanding descriptive presentation of each art piece. A reception sponsored by the EWCF followed for the art teachers, students and their guests. The EWCF sponsored the Seventh Annual Golf Tournament at the Grayson Valley Country Club. Funds raised through this event amounted to a grand total of $14,000.00. This year's chosen recipient was Magic Moments. EWCF members will participate in the granting of wishes for the children and young people identified by Magic Moments to receive funds.

June 2008 ... The 2008-2009 Installation of Officers was held at Jefferson State Community College in the Fitzgerald Student Center. New officers were installed by Mrs. Connie Cooper and Mrs. Deanie Young presented the Founder's Award to Judge Virginia Vinson. Pam Jones, Director of Magic Moments was presented a check for $14,000.00. This year's scholarship winner, Ms. Michelle Farris, was introduced to the membership.

August 2008 ... EWCF kicked off the new year with a Mexican Party at the beautiful home of Gwen Pool. We had a delicious buffet and margaritas. Even though the rain kept us from enjoying Gwen's lovely back yard it did not dampen the festive atmosphere. We all had a great time and look forward to the busy year ahead.

September 2008 ... Our first meeting was held at Lightning Strikes Bowling Alley thanks to Goldie Payne. Members voted that our charity for 2008-2009 will be the Jefferson State Community Endowment Fund. Roma Bound was our Hospitality Chairwomen for this year. She coordinated refreshment for all of our meetings. We all enjoyed this treat. We voted to donate $500 to purchase art for the new Hewitt Trussville High School. The artwork will be on display in the school. Our first Magic Moment wish was granted. Cory G. and his family spent a week in Disney World. Gwen Pool, Roma Bounds and Suzan Touchton went to the airport to see them off. They were very happy and appreciative of our gift. Corey's trip is one of four Magic Moment wishes to be granted as a result of our 2008-2009 fund raiser.

October 2008 ... Our By -Laws committee led by Connie Cooper met over the summer and made recommendations for changes to our by-laws. These changes were reviewed by EWCF members and were approved.

November 2008 ... We had a great time at our White Elephant Sale. Members brought items for the auction. Several guests joined us for this fun evening. We raised over $975.

December 2008 ... A group of our members took a night out on the town to see The Radio City Hall Rockets Christmas show. This was a great outing to get in the holiday spirit. Pam Floyd put this evening together. Our annual Christmas party was held at Mathews Manor. A wonderful night of fun, food and fellowship was planned by Cathy Peters and Charlotte Gibson. This year for our Christmas project we collected books for Children's Hospital. Over 200 books were collected and delivered to the hospital by Susan Conway and Harriott Calhoun for the children receiving treatment downtown and other locations. We should be very proud of the fact that we have given our 1000 books to Children's Hospital over the years.

February 2007 ... The committee voted to send $1000 to Anna's Angel Fund, a fund which assists pediatric oncology patients and their families. Anna Hanger is a brain cancer survivor and began this service when she saw the needs of other children. Connie Cooper made the motion.

March 2007 ... Mary Turner planned a March Madness Bingo Party at Lightning Strikes, with the meeting room and food generously provided by Goldie Paine. Members, family and friends and members of the Junior Club all had fun at this event. Women's Archives, jointly sponsored by Jefferson State and EWCF, inducted Judge Sandra Storm as this year's honoree. Virginia Vinson chaired this event and food was provided by Jefferson State Culinary.

April 2007 ... Libby Cardwell suggested that we make a donation to Muscular Dystrophy in honor of Hunter Weaver and his grandmother and our friend JoAda Weaver. Carolyn Rasbury was in charge of the Eastern Area High School Art Show at Allen Library, Jefferson State. Numerous members and participants', families and friends were in attendance. Tracy Adams announced that the Endowment Scholarship Fund recipient is Orine Taylor.

September 2007 ... Committee assignments were announced for the New Year. Betty Hurst and Betty Nash continued as the EWCF's representatives on the Shepherd Center Board that we support each year. Pam Jones, Director of Magic Moments, made a presentation about the importance of Magic Moments and how many children and young people with life altering health situations had been helped through support from organizations like the EWCF.

December 2007 ... The annual EWCF Christmas gathering was held at the Ross Bridge. Members and guests enjoyed a delicious meal and danced to a three member band. 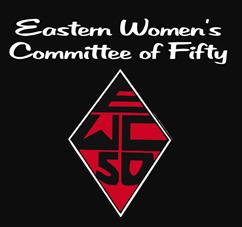 April 2006 ... EWCF had a very busy month in April. We celebrated our 20th year anniversary. Many past members, members from the Junior Committee and many dignitaries were in attendance. Decorating was done by Deanie Young and Eloise Sanders. Irene Collins was honored as our 2006 Women's Archives recipient. This was chaired by Joan Norred.

June 2006 ... The 2006-2007 Installation of Officers was held around the pool at the lovely home of Jo Markham. The new officers were installed by Commissioner Betty Fine Collins and Connie Cooper presented the Founder's Award to Joan Norred. A check for $15,300.00 was presented to Jefferson State Community College for the EWCF Scholarship Fund.

October 2006 ... JoAnne Morton and Kay McDaniel continued the book collection for Children's Hospital and planned an emphasis in the month of February. Officers are beginning a closer connection with the Junior Club, and members voted to buy a half page ad in the program for their Christmas Open House in December.

February 2005 ... The EWCF voted to contribute $1,250 to Camp Bluebird, a camp for adult cancer patients. The contribution was made through the Eastern Health Foundation.

March 2005 ... The 2005 Women's Archives Award was presented to Charlotte Collins Tanner at a wonderful reception in the George Little Dining Room on the campus of Jefferson State Community College. Joan Norred and her committee did a fabulous job planning the ceremony and worked with the Jefferson State Executive Chef on a lavish buffet.

April 2005 ... The Annual Art Show, chaired by Nita Jones, was held at the Jefferson State Library. Students from the Eastern area schools participated. A reception was held in honor of the students, teachers and parents. The Third Annual Gold Tournament was held at Grayson Valley Country Club. With seventy golfers, the EWCF raised $14,000 for the EWCF scholarship fund at Jefferson State Community College. Courtney Dollar was the chairman of this successful event.

June 2005 ... The Installation of 2005-2006 Officers' Dinner was held at the Marriott Hotel Grandview Parkway. A check for $14,000 was presented to Jefferson State Community College to be added to the EWCF Scholarship Fund. The scholarship fund was also voted by the membership to be the charity for 2005-2006. A wonderful video collage titled "A Fun Look At The Past", prepared by Laura Cardwell (Libby's daughter), was premiered after dinner. What a trip down memory lane and a great way to wind up another rewarding year.

September 2005 ... Books for Children's Hospital were collected and donated. A donation of $500 was given to Alabama Youth Home. October 2005 ... EWCF made the annual donation to Shepherd Center. Betty Hurst and Betty Nash continue to represent the club on the Shepherd Center Board. Joyce Fuller and her committee turned the Atrium at Medical Center East into a lovely setting for refreshments for the annual Christmas Tree Lighting.

January 2004 ... During this time Betty Hurst and Betty Nash were representing our organization at the Shepherd Center which we support annually. Connie Cooper and JoAda Weaver were collecting books for Children's Hospital. Over three hundred books were collected during 2003-2004.

February 2004 ... Partnering with Jefferson State Community College we were pleased to honor an outstanding woman in Alabama. Our own JoAda Weaver was honored with The Women's Archives Award.

March 2004 ... All members of the organization, with Ann Fulmer at the helm, were working 150% toward the success of the Annual Golf Tournament.

April 2004 ... The 14th Annual Art Competition for high school artist was held at the Library of Jefferson State Community College. Approximately 36 students exhibited their work. A reception honoring the students, parents and teachers was enjoyed. The premier event of the year, our Annual Golf Tournament, was staged at Grayson Valley Country Club. $17,524.16 was raised for our charity, The Bone Densitometry Area Women's Center at Medical Center East.

May 2004 ... President Jo Jones presented the EWCF scholarship to Kimberly Ann Gurley of Leeds during the awards event at Jefferson State Community College.

August 2004 ... Diane and Grady Payne hosted the summer social at their home in Trussville. They also prepared a delicious meal that was enjoyed by all who attended.

October 2004 ... The EWCF was recognized by the Eastern Health Foundation as a member of their "Legacy" of contributors. The Committee received a plaque and an artist rendering of Medical Center East.

November 2004 ... The annual White Elephant Auction was another wonderful success. With the "Auction Angel" spreading her fairy dust over the crowd, $1,948.61 was raised toward our charity. A large crowd enjoyed the antics of the auctioneers Linda Hooton and Lea Amos.

December 2004 ... Once again the EWCF headed by Jo Jones' committee, transformed the atrium of Medical Center East into a beautiful Christmas setting as we hosted the Annual Tree Lighting Ceremony. A large crowd enjoyed the displays and the holiday music. Our annual Christmas Party was held at Grayson Valley Country Club. Diane Payne planned a festive occasion with great food for our enjoyment.